Challenges and Trends of the Health Sector in Europe 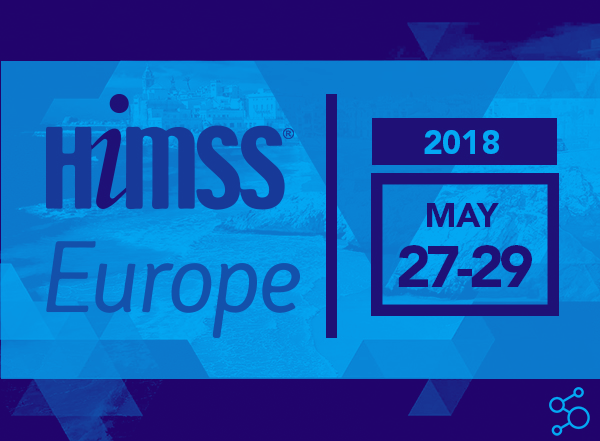 This week the HIMSS Europe Conference and Exhibition 2018 was held in the Catalan town of Sitges. Organized by the Healthcare Information and Management Systems Society, HIMSS is the largest conference of the health technology sector in Europe.

As it happens with its American counterpart, the HIMSS Europe conference has become a reference point to discuss the challenges of the health sector and discover the latest news and trends in innovation in healthcare technology. This year, the conference was held in conjunction with the Health 2.0 initiative and has brought together more than 1,500 professionals. Three days of congress and a total of more than 60 papers, sessions, workshops and debate spaces have served to address the most prevalent current issues in the sector.

If you have missed the conference, do not worry, in this post we summarize what have been the most outstanding conclusions of the three days of congress:

1. DIGITALIZATION: One of the most discussed topics in this edition of HIMSS Europe. No one can deny its potential and the fact it is an unstoppable trend. One example given in the conference was Turkey, the country with the highest digitalization rate in Europe, to show how the commitment of the Ministry of Health is one of the most important factors in achieving the real digitalization of a country. It was also made clear that there are currently great differences in the digital transformation in health, both between countries and within them. The use of technology to control personal health in Spain, for example, is above other European countries.

2. EMPOWERMENT:  Stakeholders (patients and clinical staff) require more empowerment. It is important that the industry learns to create value together with patients, to help them become “CEOs” of their own health. Simple tools should be designed to encourage patients to take better care of their own health. On their part, doctors need evidence-based tools to help them make clinical decisions and facilitate the shift to more precise medicine. Nursing has claimed a greater role in patient care for years, to improve the efficiency of the service and increase the quality of care of the patient.

3. PARITY: The debates on parity and gender equality have also been very present in this HIMSS. Are we close to equality? Most experts believe that much progress has been made in this area. However, a survey on the Women in Health IT was presented at the conference, which shows that more than 56% of women in the sector have felt discriminated against at some point, mainly because they have fewer opportunities for professional growth or because they have lower salaries than their peers. Some policies that are being carried out to reverse this trend were highlighted during the conference.

4. CHRONICITY: There can´t be a health conference without the problem of chronicity being addressed and HIMSS Europe did not shy away from the conversation. The increased rate of chronic conditions is extremely worrying. During the conference, examples were provided of how different regions are trying to manage the increasing prevalence rate of patients with chronic diseases. The case of the Italian region of Lombardy, has been one of the most referenced, where more than 4,000 doctors already participate in a program for the comprehensive approach to chronicity in the region.

5. MENTAL HEALTH: Mental health was another main protagonist of this HIMSS Europe. Given the increasing prevalence rates of this type of pathologies, it is already being considered an epidemic by many experts. Experts present in the conference, declared the need to talk about mental health openly, without it being a taboo. The need to motivate a change in attitude among patients to improve adherence to treatments was also highlighted. Different initiatives were shown that are being carried out to address the growing problem of mental health. The NHS of Scotland shared their plan and the progress they have made to address this problem.

6. INTEROPERABILITY: It is a pending issue of the health ICT sector and a trending theme in HIMSS Europe for several years. It has been mentioned in this HIMSS Europe as one of the 5 key factors to improve health. During the conference, we have been able to learn about initiatives in Spain and Italy to try to implement standards that facilitate interoperability. Representatives from Turkey have also spoken about initiatives that the Ministry of Health is carrying out to improve interoperability. All experts have concluded that there is a need to share more information on the progress achieved among the different agents, to avoid duplicating efforts.

7. THE POWER OF DATA: The power of primary and secondary use of the information available to improve the sector has been another of the most debated topics in this HIMSS Europe. If we had to summarize the conclusions in this post in three words, they would be: Knowledge, Accessibility and Protection. There is a lot of talk about Big Data, but if the data does not provide knowledge and does not help in making decisions, it does not serve much use. We have to think about obtaining “Smart” data, rather than “Big” data. Several papers have given examples of how data can be transformed into knowledge that helps improve the sector. The availability and accessibility of the information is key to be able to advance in this sense. There is still a long way to go, but great advances are already taking place. One of the examples that has been talked about is the case of Estonia, which is already working to have in 2025, genomic data of more than 450,000 people (one third of the population), voluntarily ceded by citizens to conduct studies for the benefit of the health system and the common good. The need to guarantee the security of the data and the ethical use thereof, as well as the opportunities and challenges that the GDPR offers to the industry, has been the other great focus of debate regarding the use of data to improve the health sector.

8. SUSTAINABILITY: Adverse demographic trends are posing an important sustainability challenge to most European countries. Alternative financing mechanisms have been discussed, but it has been concluded that making changes in financing models is not enough to combat the growing challenge of sustainability. There is a need to reorganize the resources of the system and to analyze the effectiveness relative to the cost of treatments. At various moments during the conference, there has been debate over the role that telemedicine can play in improving the sustainability of health systems. Examples have been highlighted of how in the Netherlands or in Finland innovative telemedicine initiatives are being carried out that are significantly reducing the costs of care.